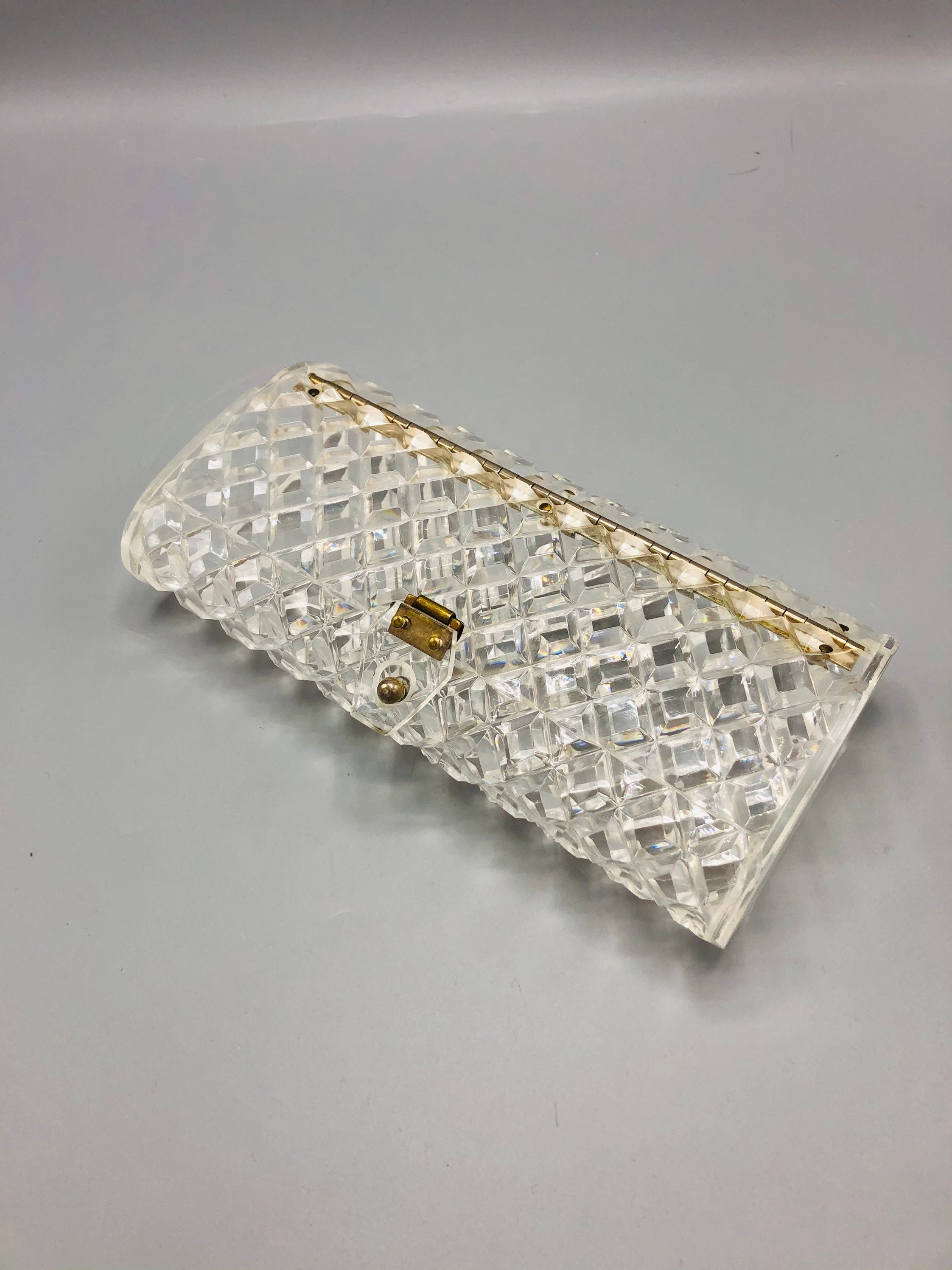 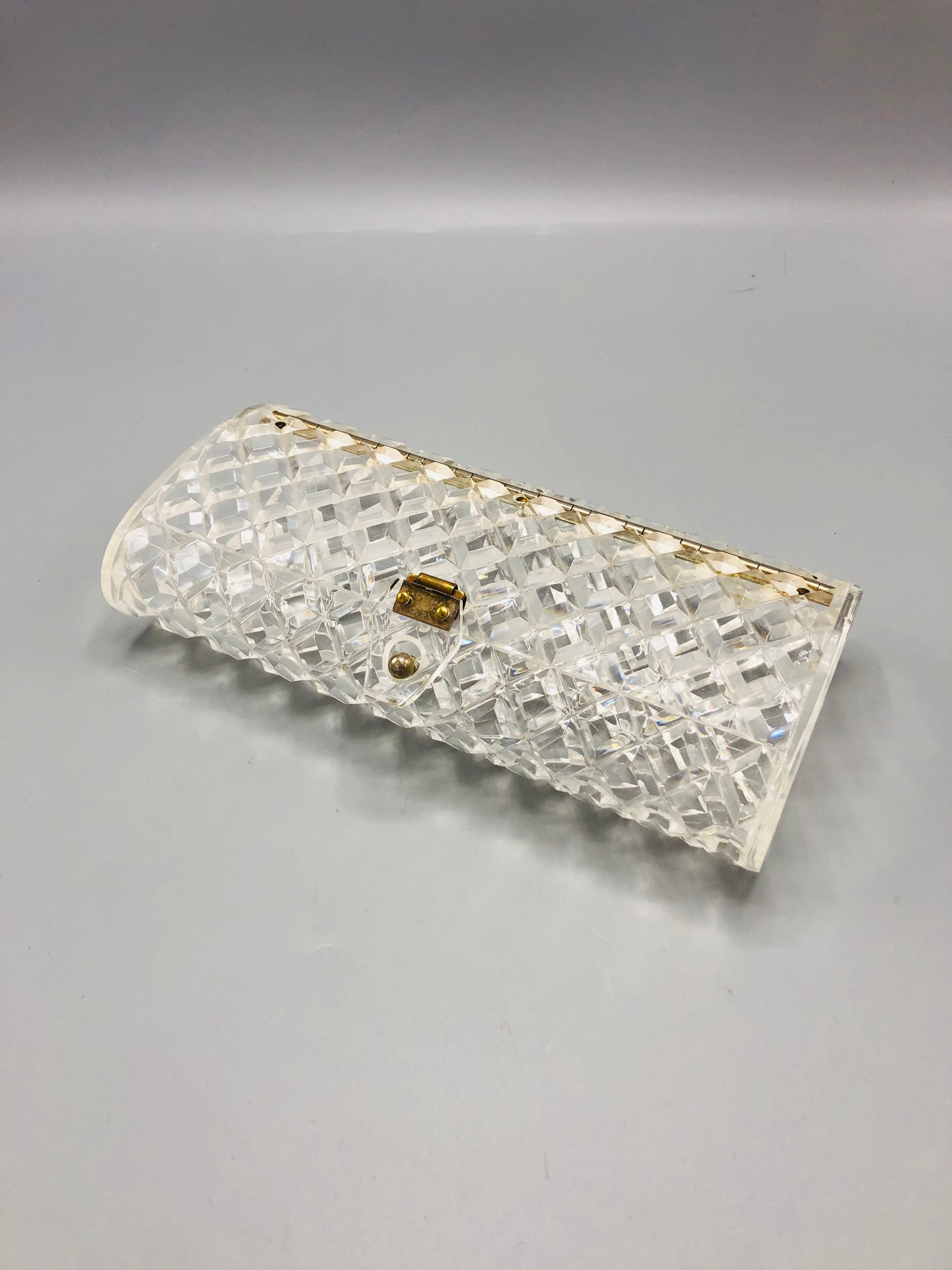 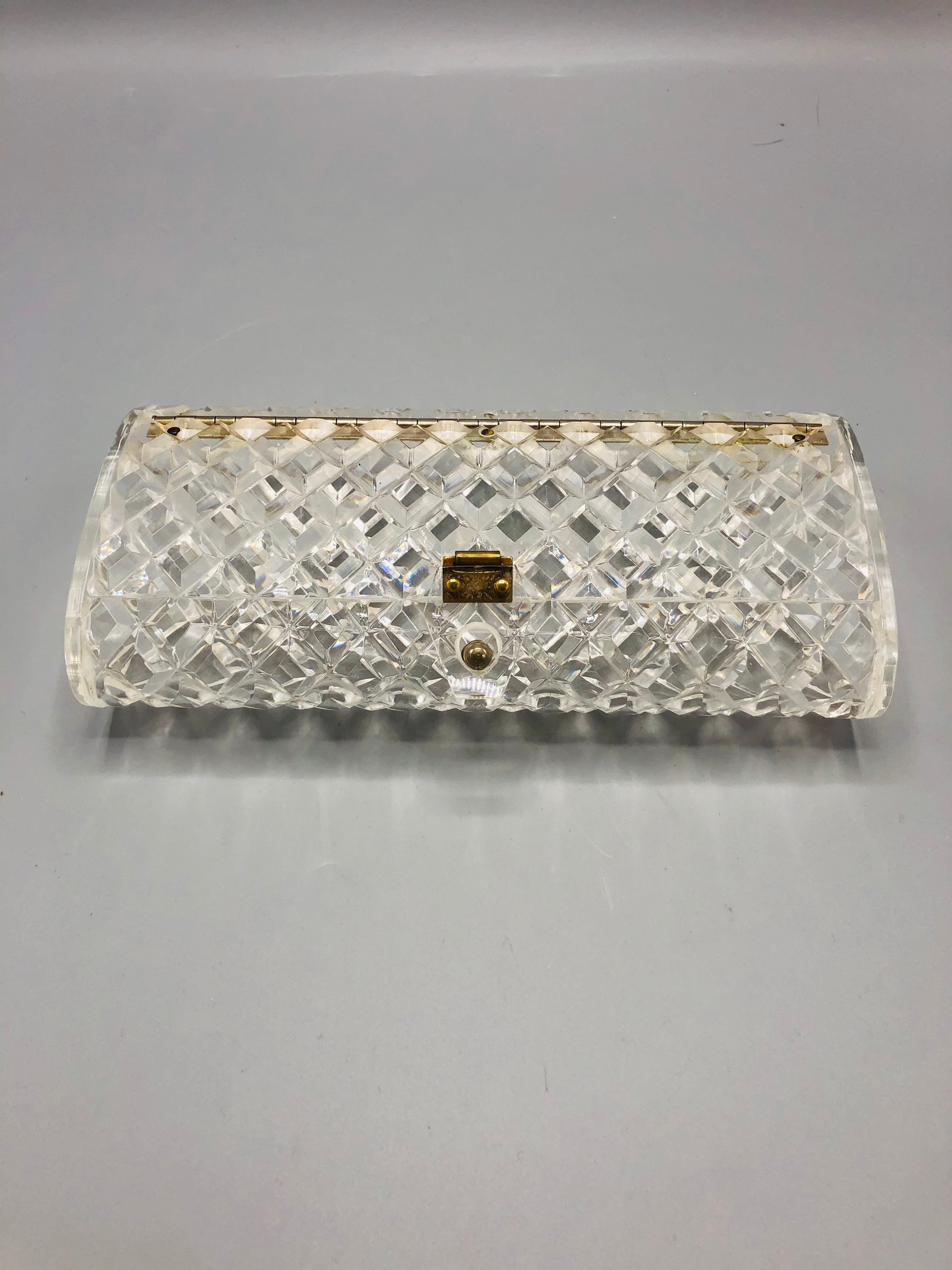 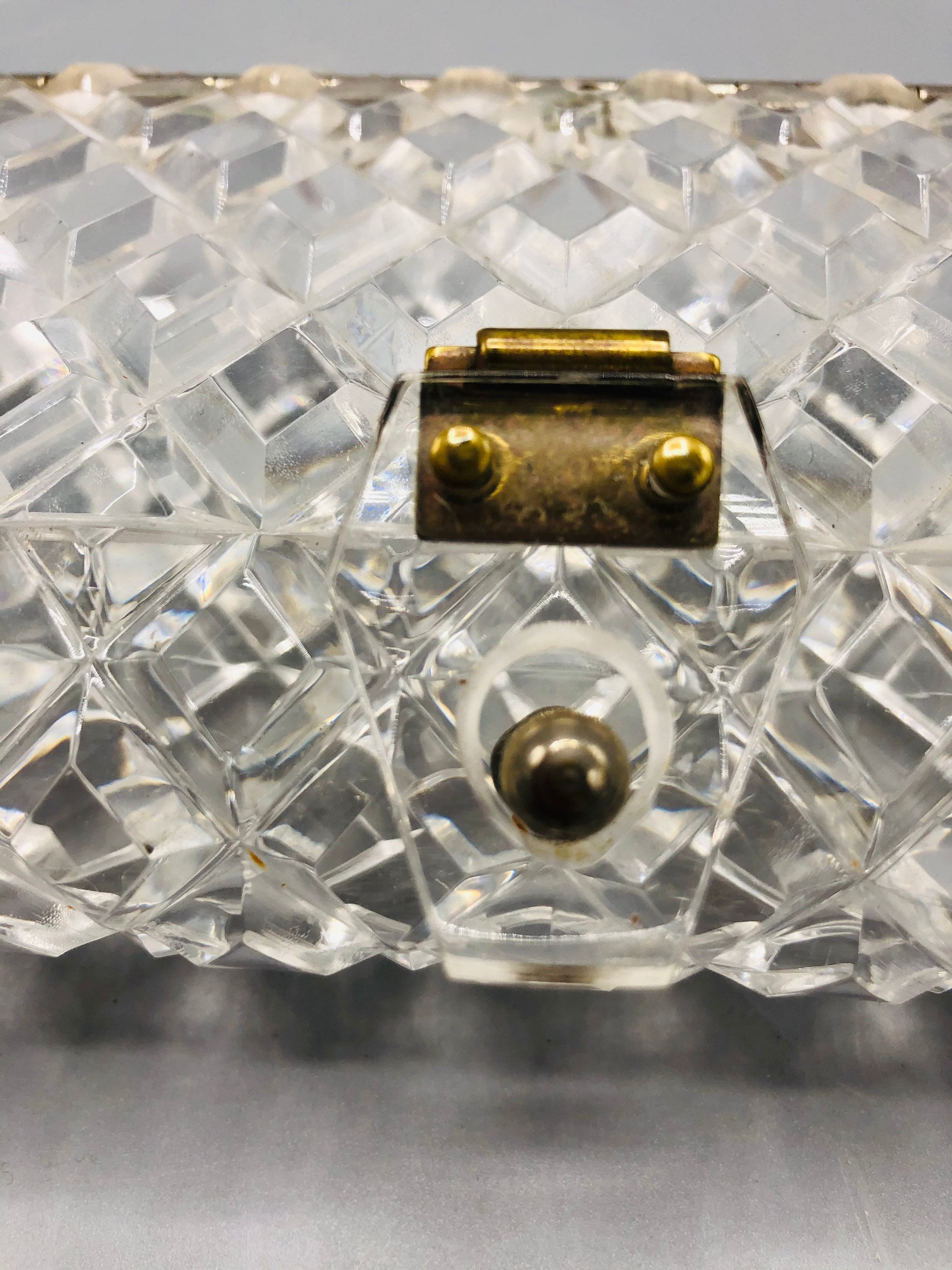 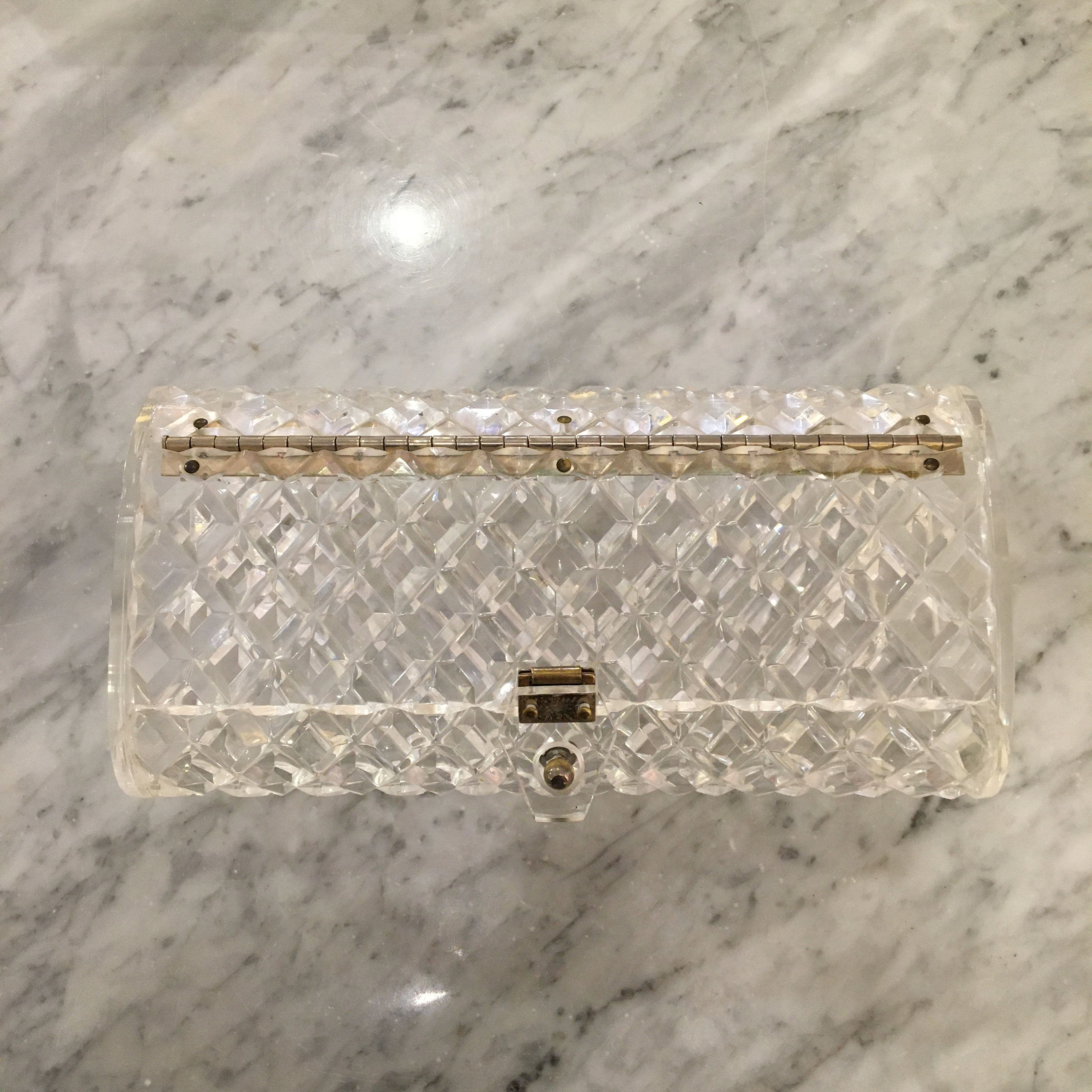 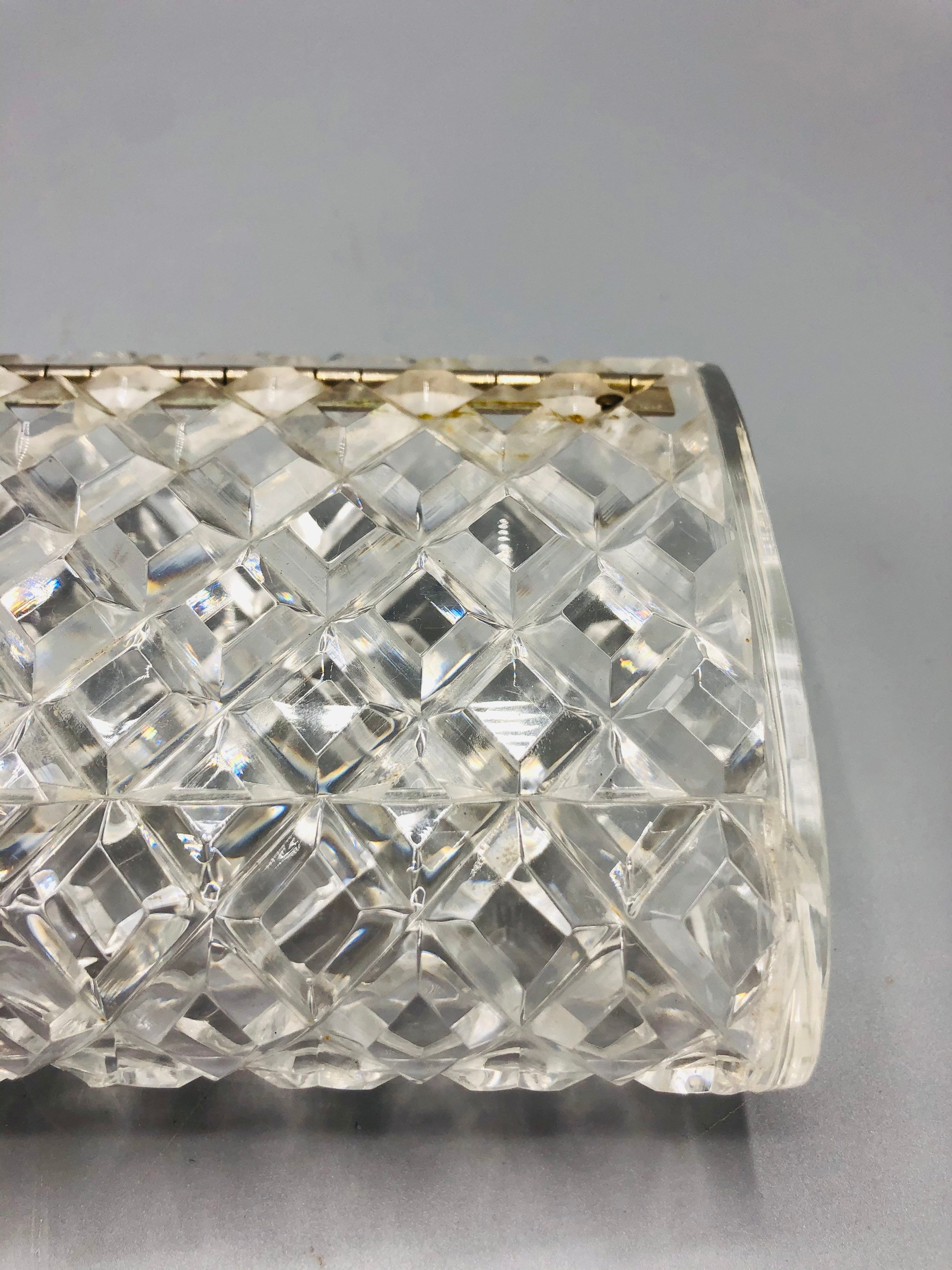 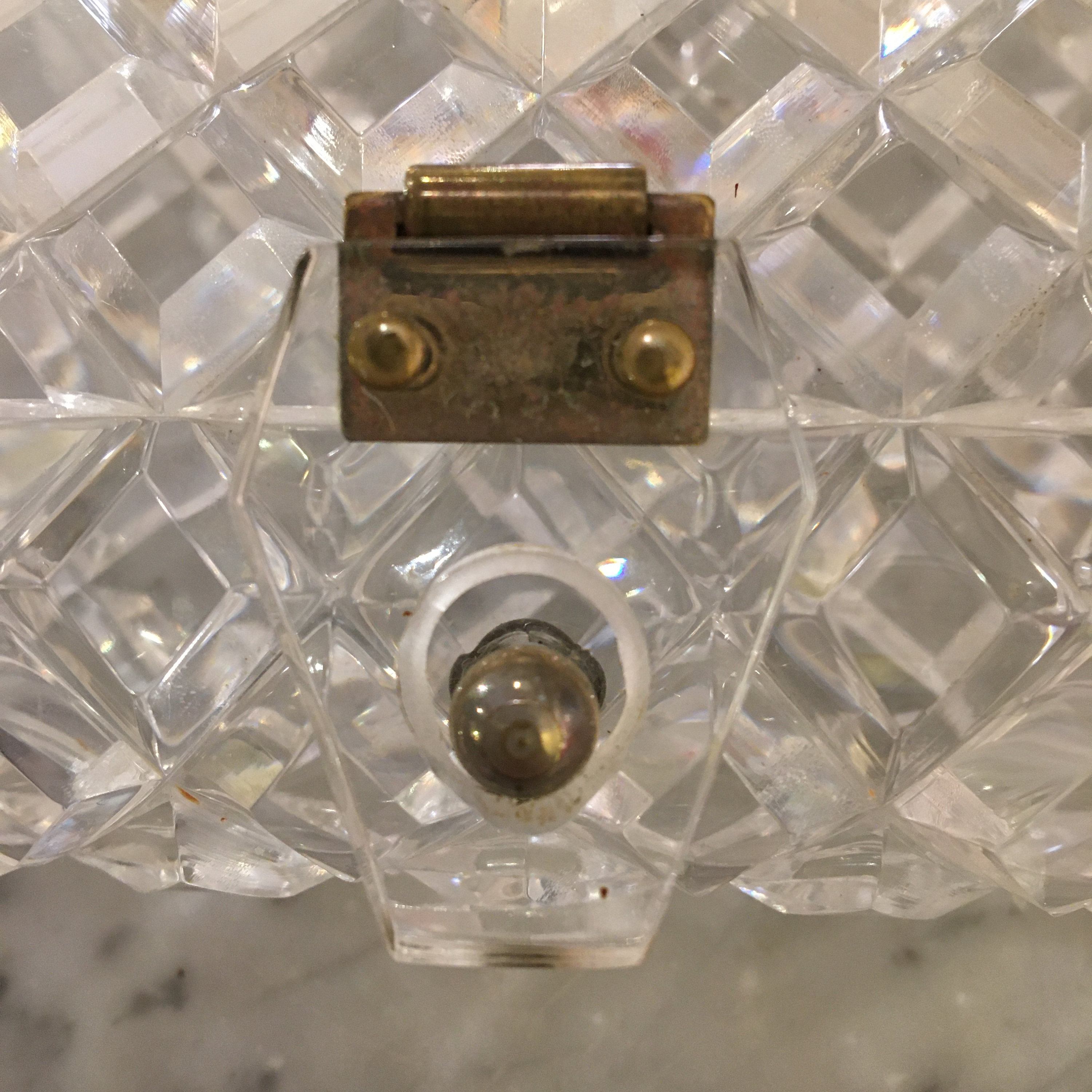 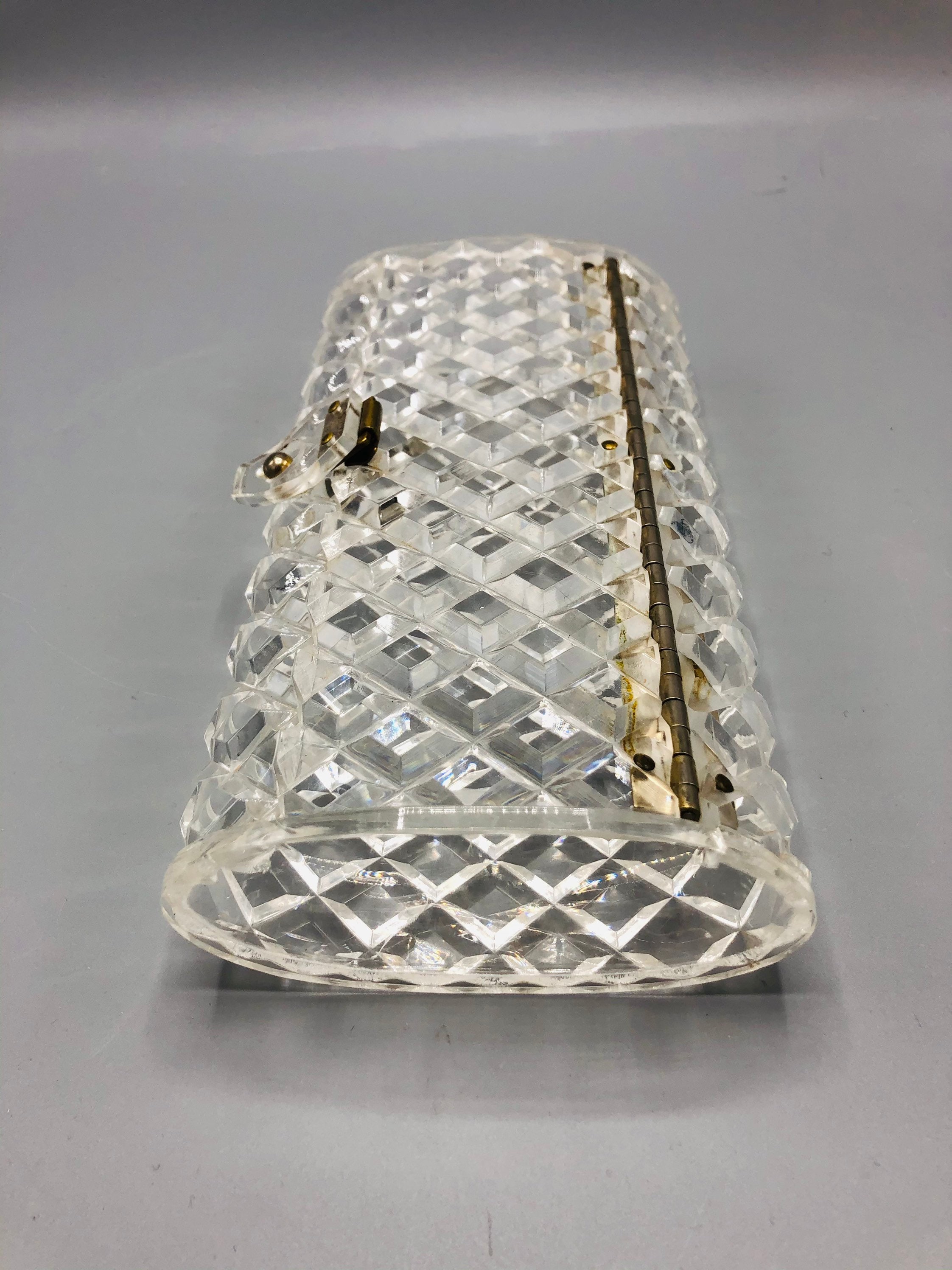 Rare Vintage Lucite Purse Made in the 50’s By Patricia Of Miami. Geometric cut sparkles beautifully like a diamond. Large enough to fit makeup, phone and essentials.

By 1950, Miami Beach had become the happening spot for wealthy American vacationers; its fun-in-the-sun, holiday appeal made it the perfect spot to sell Lucite purses. Many Florida-based manufacturers sprung up in the early ‘50s one of them was, Patricia of Miami.

Patricia of Miami Company:
In 1953 Morty Edelstein, formerly of Llewellyn, purchased Bag by Benne and opened up a new firm, Miami Handbag Mfg., Inc. (not the same as the firm "Florida Handbags"). They made unbreakable handbags under the new trademark of, Patricia of Miami, which was named for Mrs. Edelstine. They were know for their curly cue clasp as you can see in this particular handbag.

Magic Hill policy: case by case refunds.
We accept all major credit cards.
We do not accept checks.

But please contact me if you have any problems with your order.

Once we receive the returned item we will issue the customer a refund.

0 items in your cart